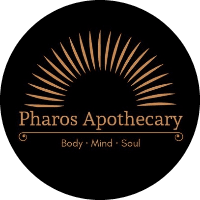 In a world that is governed mainly by identification with material possessions, it seems as if there is never enough that a person can own.

Now, there is nothing inherently wrong in material possessions. Rather it is the identification of these possessions as our only source of satisfaction that leaves us feeling the opposite.

Even if a human being has already achieved so much of which mostly are material things, it seems that these things do not entirely satisfy his needs, but rather his wants.

Such a characteristic that primarily describes more than half of the nation, it is therefore important to take action before people destroy one another for the sole benefit of becoming much richer, much more successful or much more beautiful. These people have to realize that all of the possessions and pleasures in life are only temporary, which they can never bring with them when they pass away. However, with a thing called spiritual satisfaction, a person can finally say that he does not want any worldly things to satisfy himself but more of a spiritual wealth.

Attaining spiritual satisfaction is the process of identifying your core needs and understanding the way these can be met fully. Such a process is actually the same with people called hermits who choose to live in the mountains in pure solitude and peace. However, considering the world like ours, it is much more difficult nowadays to live like hermits especially that our lives are now basically dominated by material focus. It is then wise that a person does not take being a hermit literally, rather take it as a quest in order for him to live in connection with understanding what needs are driving their actions and exploring ways to meet them that benefit all involved.

Basically, the first things that you have to do are to think with a divine intelligence and disregard the value of quantity. More often than not, people mistake quantity as the basis for abundance and value. However, it is exactly the opposite of it.

Look into redirecting the focus into examining the quality of what you give and receive in alignment with your core values and principles. This will support your internal coherence (integrity) and will increase the experience of satisfaction at a deeper, spiritual level.

Living In The Moment

The second thing that you can do is simply be present. Many people are too concerned with their past or perhaps their future that they soon fail to realize that they are in fact living in the present. Thus, they ultimately forget the value of the things that they have today since they are totally blinded by things that have already happened or have not even occurred yet. In order to live with spiritual satisfaction, you need to live right now and right here without exceptions. Enjoy every moment that has been given to you and make sure that every second and every minute counts for something important. As long as you are aware of this need, then you can definitely develop into a much more satisfied individual.

Accepting That You Are Enough

The third and perhaps the most important part that you should know is that by being yourself, you are already enough. The act of belittling one's self or perhaps saying that you are not enough can totally hinder you from achieving spiritual satisfaction. As long as you see yourself not worthy, then you are limiting yourself to every possible thing that can come about to you. Remember that as long as you do not see your true image of yourself, then it only means that you are slowly getting farther from the one Creator who has made you from Its likeness.

You can use tools such as meditation to bring awareness to this whole aspect of yourself. You will be amazed at what you will find!

Harness The Power Of Focus

It doesn't matter whether you're just another cog in the wheel or the CEO. Your thought process can influence those around you as can your actions, and it's up to you whether you choose to embrace failure or strive for success.

It has been said that every person in the world is connected to one another in so many ways.

Even with a single activity that one person does, it can totally change the lives of other people, even those he does not know personally. Such a thing is called relation…

Read more
A Better World in the Making

One thing that spending time with family, or even close friends, has allowed to attain the realization that the only way I will be able to give my children the world that I want for them, is for me to go out there --- in the real world --- and create it for them.

An email will be sent to the owner